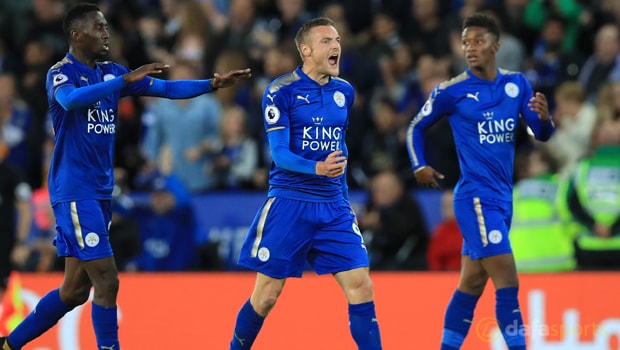 Leicester City striker Jamie Vardy insists he will not shy away from taking the club’s next penalty after missing a crucial spot-kick against Liverpool.

The England international was helpless as Liverpool stormed into a 2-0 lead after goals from Mohamed Sarah and Philippe Coutinho.

Shinji Okazaki’s goal was then cancelled out by Jordan Henderson before Leicester did their best to fight back. Vardy scored in the 69th minute before then missing a penalty just four minutes later.

He smashed the ball down the middle of the goal, but Reds stopper Simon Mignolet stood his ground and palmed the ball away.

Vardy’s miss proved costly as Leicester dropped down to 17th in the league table but the forward insists he will put his hand up for the next penalty.

“What made it worse was I was going to change my mind and go the other way, but I always tell myself never to change your mind, so more fool me.

“I was going to change my mind to go the opposite way. Unfortunately, I didn’t, so it’s cost us in the end and I will take that on my shoulders.

Vardy will be looking to score in the club’s next game against Bournemouth, with the Cherries 2.80 to win. The draw is priced at 3.40, while Leicester are 2.50 to win away from home.