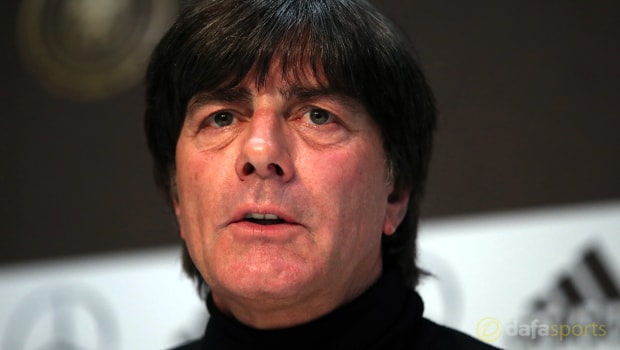 Joachim Low admits Germany are still finding their feet as a unit following Monday’s 3-2 win over Australia at the Confederations Cup.

Die Mannschaft, who are 3.20 to win the tournament, were tipped to dominate the clash against the Socceroos and things looked to be going to plan when Lars Stindl opened the scoring after just five minutes in Sochi.

Australia responded after 41 minutes through Tom Rogic, only for Julian Draxler to restore the Germans’ advantage soon after from the penalty spot.

A Leon Goretzka strike shortly after the break seemed to have made the points safe, only for Tomi Juric to get another back for the Aussies.

Rather than close the game out, Germany remained hugely open, an issue that lent itself to a hugely entertaining affair, with chances aplenty at both ends.

Neither side could find the net though and the world champions now head into their second game with 3.10 tournament favourites Chile knowing a win will see them qualify for the last four.

Low has picked an extremely young squad for the tournament, choosing to rest the likes of Toni Kroos and Mats Hummels ahead of next year’s World Cup.

The coach says he understands why his team were so disjointed on Monday although he is confident they will improve the longer they stay involved in Russia.

“Who would expect it to be perfect?” Low said. “This is a team that never played together so we have done a lot of work over 10 days.

“We were losing our thread, our attacks were not as consistent and we weren’t single-minded.

“We need to work on maintaining our stability… but this is a new team and things have worked very well.”