David Moyes unwilling to give up on Sunderland survival 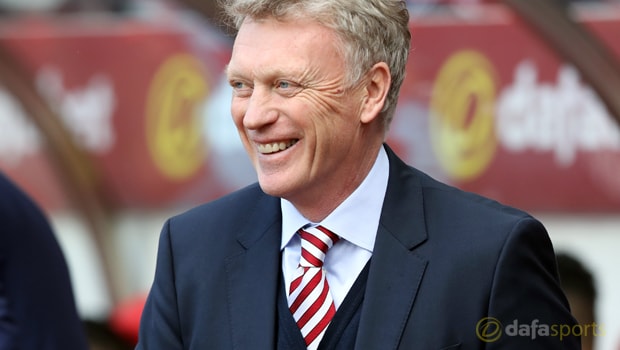 Sunderland weren’t able to get the three points they desperately needed against West Ham on Saturday but David Moyes isn’t conceding their relegation battle yet.

The Black Cats did at least end their more than 11-hour wait for a goal, Wahbi Khazri scoring direct from a corner in the first half to cancel out Andre Ayew’s opener.

James Collins gave the Hammers an advantage for the second time following the break but Fabio Borini netted from the edge of the box in stoppage time to at least give Sunderland a share of the points.

Moyes praised the effort and commitment of his players afterwards but he concedes they may now require help from elsewhere to survive.

Sunderland are nine points from safety, bottom of the Premier League pile, with only six game left to play.

“We need to win games and today we’ve got to take three points. It wasn’t for the want of trying [that we didn’t],” Moyes said afterwards.

“I thought the boys played really well, they showed great character to come back.

“We’ll keep believing while we’re in with a chance, and somewhere along the line hope the football gods will shine on us.”

There was at least some relief in the form of Khazri, who was making his first start since October and proved the Black Cats’ main attacking threat.

He had more shots (four) and made more key passes (five) than any of his team-mates, while he also provided more crosses than the rest of the Sunderland team combined. Sunderland are 1.01 to be relegated to the Championship.