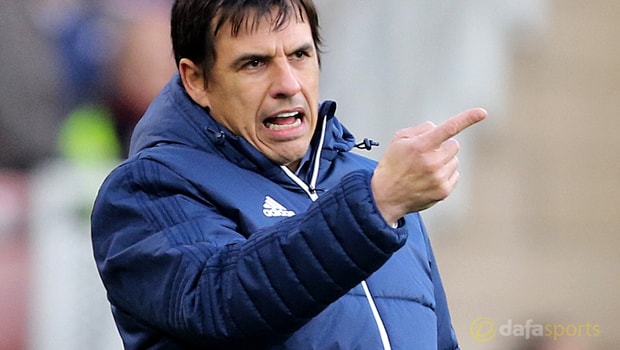 Chris Coleman insists his Sunderland side will start to string performances together as long as they continue to work hard on the training pitches.

Coleman was handed the unenviable task of trying to improve Sunderland’s fortunes when he left his post with Wales to replace Simon Grayson at the Stadium of Light in November.

The Welshman has seen his side win just four times during his 12 games at the helm in all competitions and they still remain in the bottom three.

However, Tuesday’s clash with fellow strugglers Birmingham provides them with an opportunity to claim back-to-back league victories for the first time November 2016, having seen off Hull 1-0 last time out.

The 47-year-old has called for the squad to believe in themselves and trust the hard work they have put in on the training ground.

Coleman said: “It was good to get that home win but we have to build on it.

“It’s all about us and we need to show that confidence, belief and determination we did in the last game.

“I’ve seen improvements [since my arrival] and training has been tough, but it has to be.

“You train hard and play easy as they say, and although the games are never easy the harder you train the more prepared you are, but I’ve definitely seen improvements.

“Work hard, train hard, follow the game plan, and you’ve got a good chance of picking up points.”