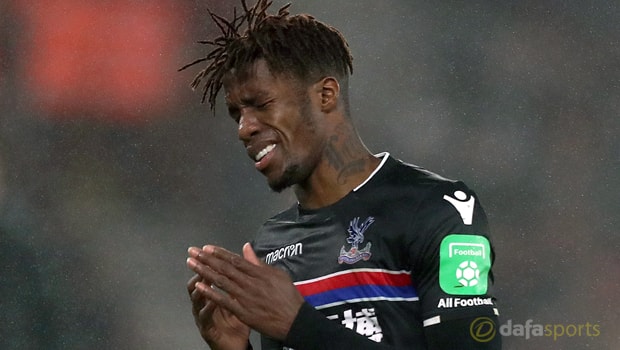 Crystal Palace chief Steve Parish insists Wilfried Zaha is at the right club to continue his development and has ruled out selling the Ivory Coast star this month.

The 25-year-old has been back to his best since returning to Palace, who are priced at 9.00 to be relegated, following an unsuccessful spell at Manchester United in 2014.

Zaha’s eye-catching performances have led to reported interest from Tottenham, Chelsea and Arsenal, but Palace have yet to receive an official bid for his services.

The Ivory Coast international missed the early stages of the season with injury and as a result the Eagles struggled to pick up results, however, they have climbed up to 13th since his return to the first-team fold.

Parish insists their star man will not be sold this month as Palace look to avoid relegation to the Championship and believes his staying would be beneficial for all parties.

“He will certainly be staying at the club in the foreseeable future,” Parish said.

“I can’t say forever, he has a contract that eventually will run out and we all know that we are free people.

“He believes he is at the right place, he has said it, we have said it.

“And then we will sit down with the manager and the sporting director and look at what we need to do to grow and improve the club.”