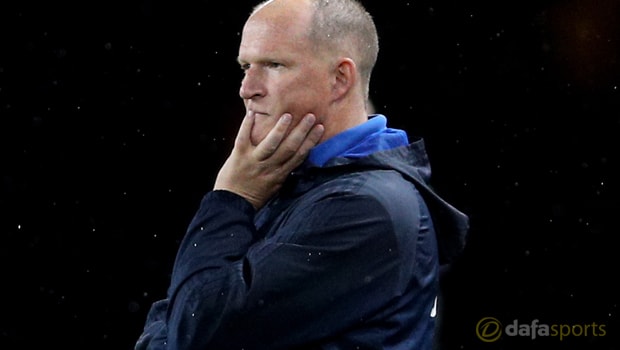 Former Sunderland defender Danny Higginbotham says manager Simon Grayson has a job on his hands to remove the losing mentality that exists at the club.

Sunderland were relegated from the Premier League last season, winning only six of 38 games under David Moyes.

They were tipped as potential promotion candidates in the Championship this season but have so far managed only one win in seven games, scoring a paltry six goals.

“The supporters just want to see a team that will battle against the opposition.

We’ve all been in a dressing room where the team is struggling, but when you get out on the pitch you can’t have three, four or five players hiding in situations.

You need everyone pulling in the same direction,” he told Sky Sports.

Having earned five points from their first three games in the Championship, the Black Cats have now lost four on the spin, a trait that gives Higginbotham cause for concern as they’ve slipped to 20th in the table.

“Winning is a habit and Sunderland are used to losing,” he said.

“It’s hard but there’s no quick fix, it’s about training right and all trying to pull in the same direction.

“You can’t look back but then you keep getting reminded about things like not winning at home since 2016. But that’s when the resilience has to come in as a collective unit.”