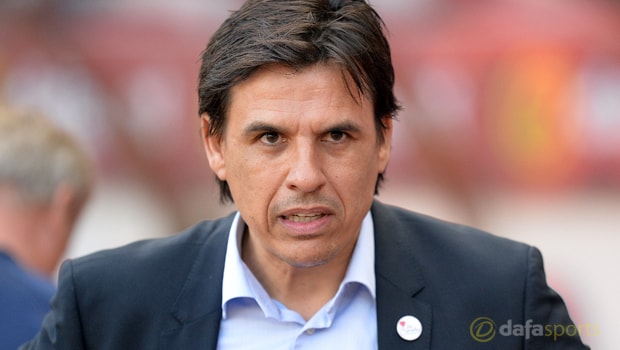 Sunderland manager Chris Coleman has issued an apology to the club’s fans after relegation to League One was confirmed on Saturday.

The Black Cats failed to get to grips with the Championship in 2017-18 despite bringing in Coleman to address their problems.

Sunderland’s 2-1 defeat at home to Burton Albion, who are priced at 1.20 to be relegated, on Saturday proved to be the final nail in the coffin and a second successive relegation was confirmed at the full time whistle.

Coleman has argued for weeks that his side had enough character and quality to pull clear of the drop zone, however, Sunderland failed to put that into practice on the field.

It’s just the second time in the club’s 130-year history that Sunderland will play their football in the third tier.

The 47-year-old, who left his job with Wales to lead the Stadium of Light outfit, was quick to apologise to the fans and admits things must be “different” next season.

Coleman said: “Firstly I would like to apologise to everyone for coming up short, ultimately not having what was needed. It’s a brutal experience and the disappointment is huge.

“To be fair, myself maybe blind optimism, with three games to go, and five minutes left here, I thought we were in the driving seat even though we didn’t play well.

“With five minutes left the atmosphere was great, then it all changed. 44 games we are into the season and we haven’t been good enough. I am sorry for the supporters who have stuck with us every week, followed us, we haven’t had enough and we have fallen short.

“I am very affected by the feeling of relegation. My first as a manager. That’s painful. Whether we were planning for this division or the one below, a lot of different things need to happen here.”