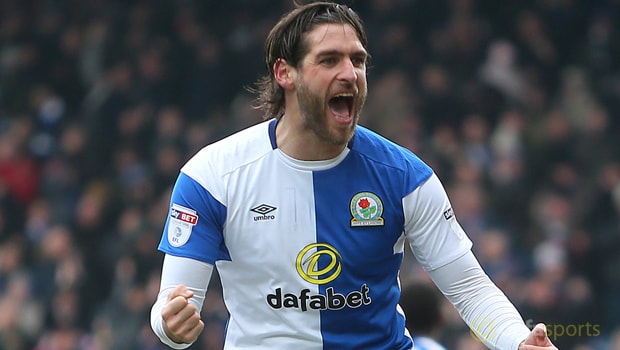 Blackburn striker Danny Graham has demanded a big performance ahead of Tuesday’s clash with Doncaster as they look to confirm their promotion.

Rovers are on the verge of securing an immediate return to the Championship, despite making a terrible start to the 2017-18 campaign.

Blackburn initially struggled to get to grips with the demands of League One, but they now find themselves on a run of just one defeat in 32 outings following Thursday’s win over Peterborough.

Lancashire rivals Wigan confirmed their promotion on Saturday as they beat Fleetwood 4-0 at Highbury, and one more win could be enough to complete the job for Blackburn too.

Both clubs are in action on Tuesday with Blackburn travelling to Doncaster, while Shrewsbury host Peterborough.

If Blackburn, who are priced at 8.00 to win the League One title, take all three points and Shrewsbury fail to win then Tony Mowbray’s side will join Wigan in securing automatic promotion.

Graham has been key to Blackburn’s climb up the table and believes all the pressure is on their rivals but has called on his team mates to put in a big performance.

“There’s a lot of pressure on Shrewsbury now,” Graham said.