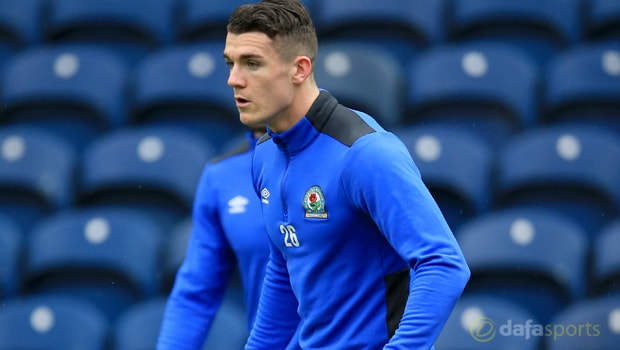 Blackburn boss Tony Mowbray has confirmed defender Darragh Lenihan is closing in on a first-team return.

The Irishman has not featured since the opening match of the season due to a foot injury, but he stepped up his return to full fitness by playing an hour during the club’s under-23 victory over Fulham last week.

Mowbray has now confirmed Lenihan is edging towards a first-team return although he insists he will not rush the 23-year-old back into action.

“Darragh played 60 minutes for the Under-23s against Fulham, so let’s see how he is this week,” Mowbray told reporters.

“I’d probably expect him to play one more game for the Under-23s because he’s been out since the opening day of the season.

“There’s no need to rush him back on the back of that performance.”

Lenihan is not the only defender who has been missing of late, as Charlie Mulgrew has been forced to sit out the last two games with an ankle injury.

Mowbray admits it has been a blow to have both players missing at the same time, as he believes the duo would normally be considered as Rovers’ first-choice centre-back pairing.

“You could say that Darragh and Charlie Mulgrew might have been first and second choice in terms of centre-backs, and both haven’t been playing,” the 54-year-old added.

It is unlikely that Lenihan or Mulgrew will be risked for Rovers next match, a clash with Oldham at Ewood Park on Saturday, although they could return to the fold for the following week’s away trip to Portsmouth.

Blackburn are currently third in the League One standings and they are priced 1.30 to be promoted come the end of the campaign.