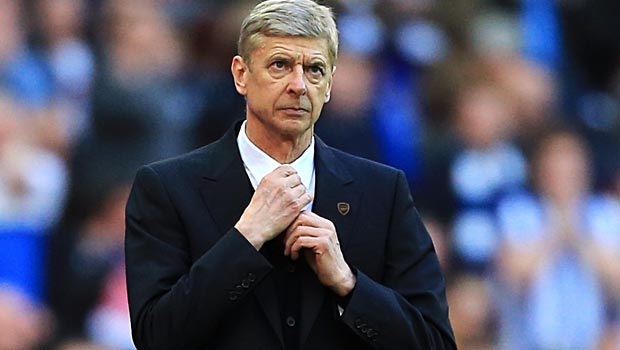 Arsenal manager Arsene Wenger has called on his players to end their Premier League campaign on a high by securing fourth place with victory in their last two matches.

The Gunners have an FA Cup final to look forward to later this month but for now Wenger wants to focus on making sure they are in the Champions League next season.

A win against West Brom in their last home game of the campaign will guarantee fourth place for Arsenal ahead of Everton, who start the weekend four points behind the north London outfit.

Wenger is eager for his players to finish the job at hand before turning their attention to the FA Cup final and is looking for them to end what has been another disappointing league campaign with a bang.

“We want to finish as close as possible to the top and win our remaining games,” said the French coach.

“The important thing for us is the next game. Let’s win at home to West Brom. It is our last home game. The FA Cup is two weeks away. That is a long time.”

Wenger has been boosted by the news that Jack Wilshere could play again before the end of the season after missing the last two months with a foot injury.

Kieran Gibbs is also set to make a return to the Arsenal squad before too long having recovered from an ankle injury.

Both players look set to be available for the FA Cup final, as well as selection for England’s World Cup squad.

“Kieran Gibbs is very very close now (to returning from injury) and Jack Wilshere is not far away as well,” the Arsenal manager said. “They are both very close to being integrated back into training again.”

Arsenal have lost just once at home in the Premier League all season and are 1.28 to record another win, while West Brom are 9.08 and the draw is 5.60.