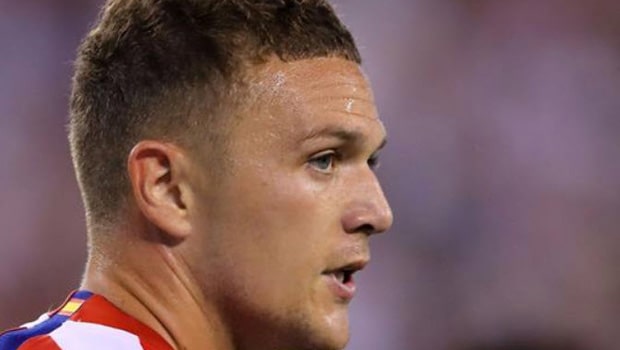 England will be playing Denmark in the UEFA Nations League tonight without Kieran Trippier and Ben Chilwell.

Trippier was given the armband against Wales last week. That was his first time to lead the Three Lions in a game won 3-0 win at the Wembley. In-form striker, Dominic Calvert-Lewin opened his England senior debut with a goal.

According to Southgate, Trippier was allowed to leave the team for a personal reason. 30-year-old Trippier reportedly left the group to attend a Football Association hearing. He has been charged on alleged betting in May.

Chilwell, who recently joined Chelsea from Leicester City, will also be out of tonight’s game due to a pre-existing injury. He has now returned to Stamford Bridge for further assessment.

Chilwell, Tammy Abraham, and Jadon Sancho were not allowed to join the Wales and Belgium games team after breaching the COVID-19 protocol. The trio attended a party that included more than six people.

Chilwell is naturally left-sided, while Trippier operated at left wing-back in Sunday’s victory over Belgium.

Southgate described Trippier’s absence as another distraction, adding that he needs to focus on the job in hand.

The former Middlesbrough manager still has Arsenal pair Bukayo Saka and Ainsley Maitland-Niles as his left-back alternatives. The pair had played the roles for the club initially.

Meanwhile, Denmark captain, Christian Eriksen, will be winning his 100th cap for his country against the Three Lions at Wembley.

The Inter Milan midfielder has scored 33 goals in 99 games for his country.

He is now returning to Wembley, where he played some games for his former club, Tottenham Hotspurs, for some months. The 28-year-old, who played more than 300 games in seven seasons with Spurs, later secured a winter move to Inter Milan.