Fury To Face Another Opponent If Wilder Is Unavailable 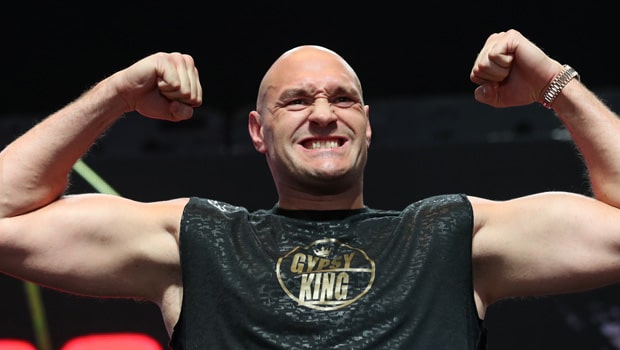 The struggle between Tyson Fury and Deontay Wilder continues, even though Fury settled everything back in February after defeating Wilder in the 7th round of their second meeting. While that put an end to the question of who was the better fighter between the two, Wilder was not willing to let it all end there as he requested for a third fight based on the guideline provided by the original fight contract. Now, almost 8 months after Wilder’s request, we are not sure of when the fight would hold.

Several circumstances had prevented the fight from taking place in the past, most notably the COVID-19 virus. Plans were reached for July but later postponed before December 19 was agreed. But even fixing a date was not enough to make the fight hold as the latest reports show that the fight has been cancelled. All that back and forth seem to have frustrated Fury and he has not failed to show his displeasure by saying that he was done with the fixture against Wilder.

According to Bob Arum, who is the CEO of Top Rank Boxing and also Fury’s promoter in the US, there was a contract for the third fight but it has expired, hinting the probability that the original contract of the fight allowed for a third fight as long as it took place within a certain period, and, according to Arum, that time has expired although that has not been confirmed.

Fury expressed his displeasure over the whole thing when he was interviewed by The Athletic a while back. He said; “Wilder and his team were messing around with the date. Then they asked me if I would agree to push it to December. I agreed to December 19. Then they tried to change the date again into next year. I’ve been training. I’m ready. When they tried moving off December 19 and pushing to next year, enough was enough. I’ve moved on.”

Arum suggested that Fury would have to pick from a list of potential fighters to face before the end of the year. Fury’s trainer, Sugarhill Steward is quite happy about the prospect of his fighter still entering the ring this year. He said, “Tyson and myself agree that another fight in 2020 makes sense, in sticking with the original plan to fight this year, period.”