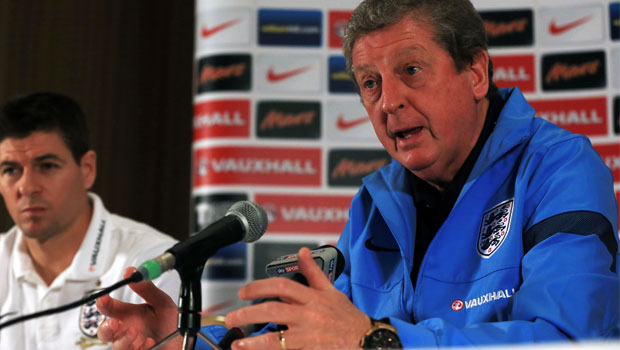 England coach Roy Hodgson believes his squad have the quality necessary to match Germany ahead of their international friendly at Wembley on Tuesday night.

The Three Lions go into the game off the back of a humbling 2-0 defeat to Chile, a result which ended Hodgson’s unbeaten run at the national stadium.

The manner of the defeat has left many questioning whether England have the quality to challenge for the World Cup next summer after struggling to get to grips with Friday’s technically-gifted opponents.

Tuesday’s opposition are likely to provide equally as tough a test, with Germany one of the favourites to win next year’s tournament in Brazil.

Germany’s head coach Joachim Low is expected to field a number of fringe players in the clash with the old enemy, with the likes of Manuel Neuer, Philipp Lahm, Mesut Ozil and Sami Khedira all unavailable.

Hodgson feels that whoever takes to the field for the Germans will still give his men a stern examination but has backed his troops to rise to the challenge.

“Germany will ask massive questions of us,” said Hodgson.

“But I am pretty sure that all of the XI who go out on Tuesday night will be anxious that they put any comparisons (with Germany) to bed.

“They will show they are every bit as good and that is what I believe they will be.”

Hodgson went on to confirm that Joe Hart will start in goal on Tuesday after Celtic’s Fraser Forster kept net against Chile.

The England coach has also been boosted by the news that Liverpool striker Daniel Sturridge and Tottenham full-back Kyle Walker are available for the friendly.