Posted by Vincent Henderson on November 18, 2013 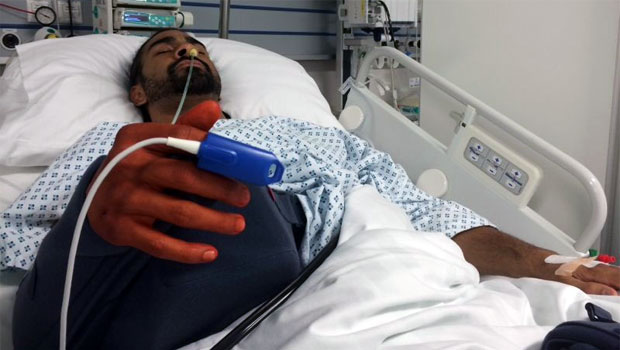 David Haye has been forced to pull out of his bout with Tyson Fury next February and has been advised to retire from boxing following shoulder surgery.

The former WBA heavyweight champion was supposed to have his rescheduled bout with fellow Brit Fury early next year, with the original fight having been postponed after Haye suffered a bad cut in sparring.

However, the February 8 clash has now been called off after Haye suffered a potentially career-ending injury while training for the fight.

The 33-year-old underwent a five-hour operation in Germany on Thursday to reconstruct his shoulder and has since been told by doctors that he should no longer box.

Haye has already retired once from the sport, calling it quits in 2011 three months after he lost his WBA title to Wladimir Klitschko before returning to the ring the following year.

He has said that this time he may be forced to hang up his gloves for good due to the serious nature of his injury.

“The boxing gods keep hinting that maybe enough is enough,” said Haye. “It’s a crushing blow for me. This wasn’t how I wanted to end 2013. Perhaps it just wasn’t meant to be.

“The surgery and subsequent results are a bitter pill to swallow because I truly felt I had a lot more to offer.

“But I’ve been boxing for 23 years now, amateur and pro, and this has clearly taken its toll on my body.

“I had big plans for next year and the ultimate goal was to win back the world heavyweight title.”

Should Haye be forced to retire then he will go out having won 26 of his 28 professional bouts, having been a heavyweight title holder and the undisputed cruiserweight champion during his career.