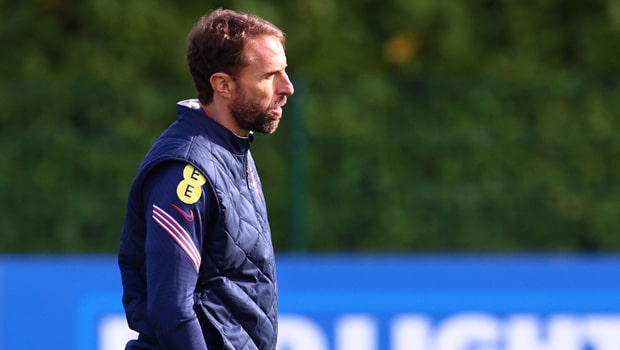 Gareth Southgate’s England can move within just a win to secure their place at the 2022 FIFA World Cup in Qatar if they get past Hungary on Tuesday evening.

In fact, the three Lions would have secured their world cup place had Albania not scored a late winner in Budapest at the weekend.

Nevertheless, England will face the Hungarians on Tuesday at Wembley and a win will mean the Three Lions just need one more win from their 2 November fixtures.

England will face Albania and San Marino home and away respectively in November to conclude their international break.

Meanwhile, Northern Ireland seem to be out of the race after losing 2-0 to Switzerland over the weekend.

While it is still mathematically possible to qualify for the world cup, it is hard to see them get past Italy and Switzerland and a loss to Bulgaria on Tuesday will effectively put an end to their World Cup dreams.

Wales will face Estonia in Tallinn on Tuesday and they need to win that game and their remaining two games against Belarus and Belgium in November to secure any playoff spot.

However, a loss in Tallinn for Wales would send Belgium through to the finals in Qatar even without playing a World Cup qualifier in October.

While Denmark needs victory on Tuesday against Austria to secure their place at the World Cup, Scotland needs to win their next two games to be sure of a playoff spot for the World Cup.

Scotland face Faroe Island on Tuesday and Moldova and Denmark in November.