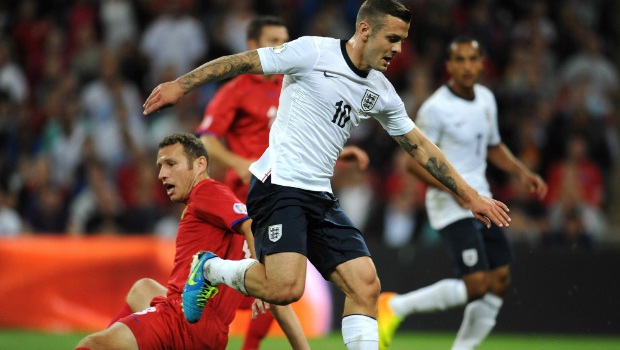 England secured a comfortable and crucial victory on Friday evening against Moldova to move to the top of World Cup Qualifying Group H, although it did come at a cost.

Both players rose to the challenge, with the Manchester United man leading the attack, scoring either side of half-time. Lambert, who provided the assist for both Welbeck’s goals, also netted – his second international strike in two games – after Steven Gerrard had opened the scoring in the 12th minute.

The game ended 4-0 and catapulted England to the top of the group, level on points with Montenegro after they could only draw in Poland. However, the Montenegrins have played a game more.

England’s next opponents, Ukraine, are in third-place. They are one point behind the top two, having played the same number of games as the Three Lions.

Welbeck will be missing from Tuesday’s encounter in Kiev having picked up a booking for playing on after the whistle had blown. His absence will be a huge blow to England, particularly as he has scored six goals in his last seven appearances for his country.

After the game, Hodgson admitted he felt aggrieved by the suspension, which he felt was “more than harsh”. He told ITV: “We had already lost Wayne Rooney and Daniel Sturridge. It takes the gloss off a good performance.”