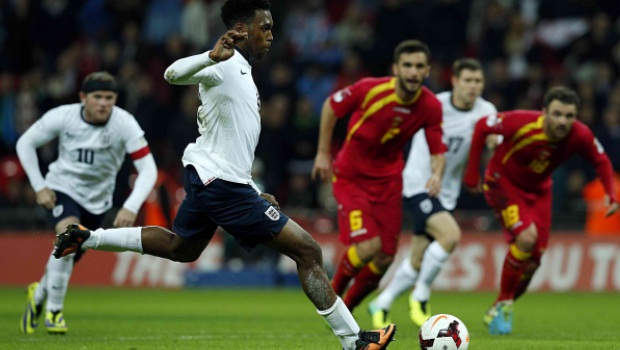 Victory over Montenegro on Friday night will virtually put England on the plane to Brazil for next year’s World Cup finals.

England will kick-off tonight in the knowledge that should they beat Montenegro at Wembley and Poland leave Ukraine victorious, Roy Hodgson’s side would finish top of Group H before Tuesday’s visit of Poland.

England have been held to a draw on each of the last three encounters with tonight’s opponents, and have so far only beaten lowly Moldova and San Marino, so in truth need to raise their game.

Despite any doubts though, manager Roy Hodgson strongly believes that they can get the job done.

“People do doubt sometimes. They can quote the statistics. We haven’t had a marquee result. The one we had was the friendly against Brazil at home, or the draw away, but you can’t have a marquee result in a friendly,” he said.

“I trust the players and I believe in them, I know how determined they are to do the job.

“But we are a long way forward compared to how I felt 18 months ago.

“This is a perfect opportunity to prove that and improve the mood.

“The nation wants us to be in Brazil. They expect us to get them to Brazil.

“It cannot come quickly enough and we’ll be ready for it.”

England have only lost one of their 20 matches under Hodgson, are unbeaten in seven outings under him at Wembley, and the fact that the visitors will line up without Juventus striker Mirko Vucinic, first-choice keeper Mladen Bozovic, centre-back Marko Basa and midfielder Miodrag Pekovic all adds to the home side’s confidence.

Danny Welbeck returns from suspension, and with both Wayne Rooney and Daniel Sturridge in red-hot form, anything less than a victory will be a disappointment.