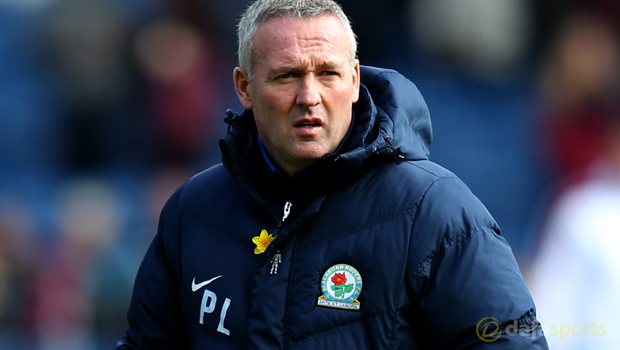 Blackburn Rovers manager Paul Lambert refused to be critical of his side in the wake of their 2-1 reverse against Lancashire rivals Preston North End.

Lambert’s side had started the game strongly and led through Elliott Ward before Shane Duffy’s hand ball on the line saw the Ireland international red-carded midway through the opening half.

Despite the numerical disadvantage, Rovers produced a strong second-half performance and Lambert felt they should have been given a chance to tie the game up with a penalty of their own late on when Jordi Gomez went down in the box.

The Scot was bemused at the decision to book his player for simulation.

“There was a certainly a case for a penalty. Chris Brown has got the ball on his right side and the lad hasn’t got the chance to win the ball. Jordi Gomez was fouled before it so if you play an advantage then pull it back and give it to Jordi Gomez if you aren’t going to give a penalty,” he told reporters.

The Blackburn boss also felt his side should have been awarded a free-kick at the beginning of a passage of play that ended with Duffy handling on the line and receiving his marching orders.

Had Danny Graham been awarded the free-kick Lambert thought he deserved, the Rovers boss said Preston’s opening goal and the red card would ‘never have happened’.

Lambert however was happy to praise the effort given by his 10 men in the second half.

“We did ever so well with ten men, at times you wouldn’t think we were a man light, I couldn’t fault them,” Lambert told Radio Rovers.

“I’ve always said that there’s a way to get beat, and if you get beat then make sure you’ve not an ounce of energy left and you’ve done a shift.”

Blackburn are 4.00 to win away at Sheffield Wednesday on Tuesday night. The Owls are 1.95 with the draw 3.20 at Hillsborough.