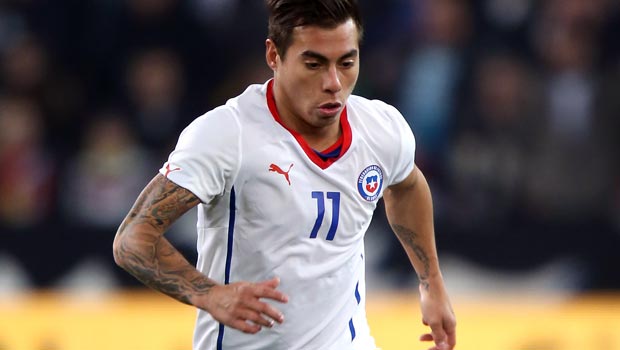 Queens Park Rangers have boosted their survival chances by completing the signing of Chile forward Eduardo Vargas from Napoli.

The 24-year-old arrives on a season-long loan deal from the Italian side, and R’s boss Harry Redknapp did well to fight off competition from elsewhere to complete a deal.

Redknapp is delighted with the capture and believes his versatility will be crucial as Rangers look to stay in the Premier League.

“Eduardo is a quality player. He’s sharp, he’s bright, and he’s very lively on and off the ball,” he said.

Vargas himself could not be happier with the switch and has vowed to give everything for his new club.

QPR are 2.80 to be relegated from the Premier League but Vargas is keen to ensure that does not happen.

“I’ve come here to do as much as I can and I’m very happy to play for QPR,” he said.

“My biggest characteristic is one of speed. I’m always looking towards goal.

“My intention is to give 100 per cent and not let myself down and to work hard for the team.”

The signing comes hot on the heels of Leroy Fer’s arrival from Norwich and both should be available for the trip to Tottenham this weekend, where the R’s are 7.03 to pick up a shock win.