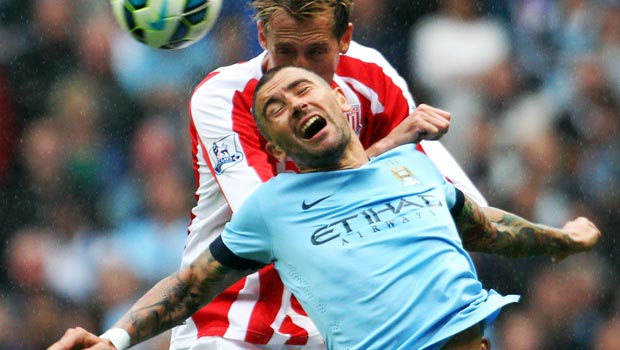 Edin Dzeko has admitted Manchester City face a real fight to retain their Premier League title this season as several other clubs are also in contention.

The Bosnia international recently signed a new four-year deal at the Etihad Stadium after playing a key role in last season’s title success and he knows it will be difficult to repeat the feat this term.

City have won two and lost one of their opening three league games so far with the surprise 1-0 home reverse against Stoke City coming before the international break.

They go to potential title rivals Arsenal on Saturday where they will be determined to bounce back and Dzeko has warned that successfully defending their crown will be difficult in the face of such stiff competition.

He told City’s official website: “It will be difficult, but I’m an optimist. As with every season, there are several teams that will battle for the title of champions in England.”

Chelsea have made an ominously perfect start under Jose Mourinho so far and Dzeko knows the Blues could be the team everyone else will have to match this season, while he is also aware of the threat Liverpool, Spurs and local rivals Manchester United pose.

“This season, Chelsea might be the most serious challenger, but we mustn’t ignore Liverpool, Tottenham, Arsenal or United, who certainly will be much stronger than last year,” he added.

“After all, everyone is stronger and everyone wants to be first.”