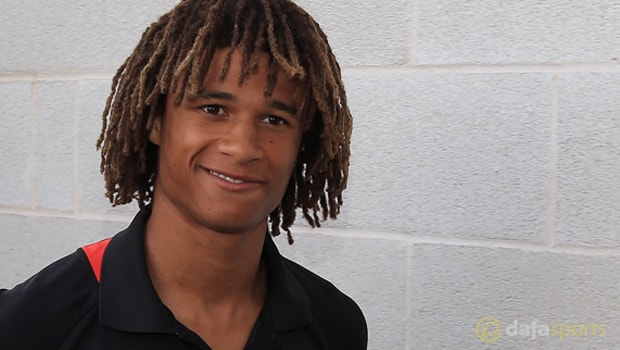 Eddie Howe says the loss of on-loan defender Nathan Ake has stretched his Bournemouth squad and the manager admits it will be difficult to find a replacement in the January window.

Ake joined Bournemouth on a season-long loan from Chelsea in the summer last year and, although having to wait for his first team chance, the versatile defender established himself as a regular in recent months.

The Holland Under-21 international made 10 Premier League appearances for the Cherries and scored three goals, including the winner in the 4-3 comeback victory at home to Liverpool.

His time at the Vitality was cut short on Sunday after Chelsea boss Antonio Conte decided to recall the 21-year-old early following the impressive performances.

The Italian tactician says Ake provides the team with options as he can fight for one of the three centre-back positions whilst also being able to play in the left full-back role.

Bournemouth are now scouring the market for a replacement and Howe, who has been receiving more good reviews for his management this season, admits his options are limited at the back right now.

“He’s done so well. It is easier said than done to say we are going to go and recruit a player of a similar stature to Nathan,” he said.

“With Simon Francis’ suspension and Marc Pugh’s injury and now Nathan going back, our defensive resources are certainly stretched.”

Early reports have suggested Howe is considering making an offer for Liverpool duo Mamadou Sakho and Joe Gomez, who have both been struggling for playing time this term.

The Cherries make the trip to Hull next on Saturday and the visitors are 2.20 favourites, the draw is priced at 3.30 while the hosts, under the guidance of new manager Marco Silva, are 3.00 to clinch all three points.