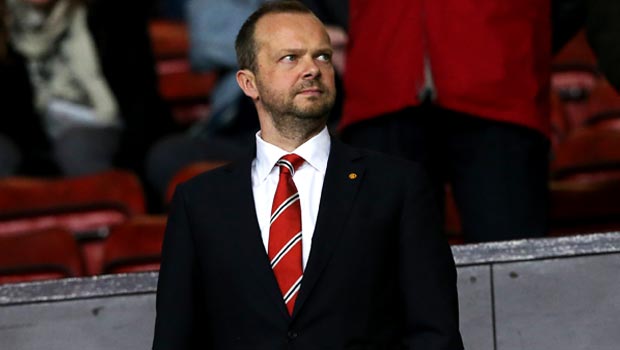 Manchester United executive vice-chairman Ed Woodward has revealed the club will make some new signings and also sell unwanted members of their squad in the next few weeks.

Woodward has admitted cash is available for the Dutchman, telling MUTV: “There is no fixed budget. Financially we are extremely strong, we have funds available.

“Louis is the boss and is assessing what’s going on but we have been in dialogue for some time about targets so there is a lot of work going on behind the scenes… we’re continuing to move forward on some of those targets… so watch this space.

“The time he spends here as well (in America on pre-season tour) he’ll be able to assess more what he’s got and continue to tweak the decisions if we need to.

“We want to do what it takes to win the title.”

Woodward has also confirmed that a number of players could leave the club after a disappointing season last year under David Moyes.

Patrice Evra, Anderson and Bebe are all likely to leave the club while the likes of Javier Hernandez, Wilfried Zaha and Tom Cleverley could also depart Old Trafford this summer.

With no European football next season, Van Gaal will be confident of picking up some silverware and United are currently 5.80 to win the Premier League.