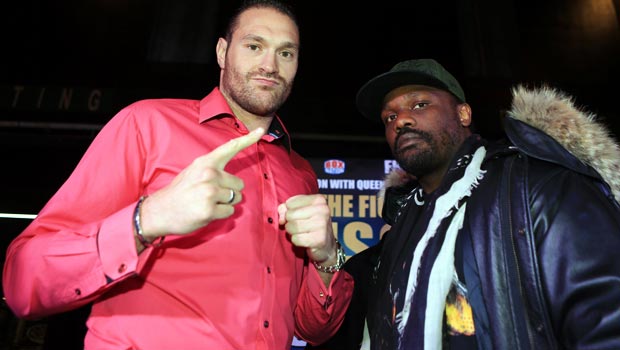 Trainer Peter Fury insists his nephew Tyson is ready to shine as he prepares to face Dereck Chisora in Manchester on Saturday night.

The two heavyweights will meet for the second time at the Manchester Arena with the winner getting a chance to challenge for Wladimir Klitschko’s WBO belt.

Fury and Chisora met in 2011 with the former winning on points on that occasion. This time around both fighters will be in better shape after resurrecting their careers and the European and British belts will be on the line.

Both men have claimed they have improved since their first bout, but Fury believes his nephew has made giant strides in the last three years.

He feels Tyson has all the attributes to cause Chisora problems and is confident he will have his hand raised at the end of the night.

“Previously, he viewed boxing as a bit of a pastime. Before, he just wanted to see how far boxing would take him,” the trainer told the Manchester Evening News.

“He does nothing but study boxing. He’s totally focused. Given all the advantages Tyson enters with, it really is his fight to lose.

“Tyson’s developed in every way, as you’d expect of a rising young fighter. He’s now a proper fighting man.

“His footwork’s improved, his condition is much better and he’s more mature mentally.”