Duo miss out for Real Madrid 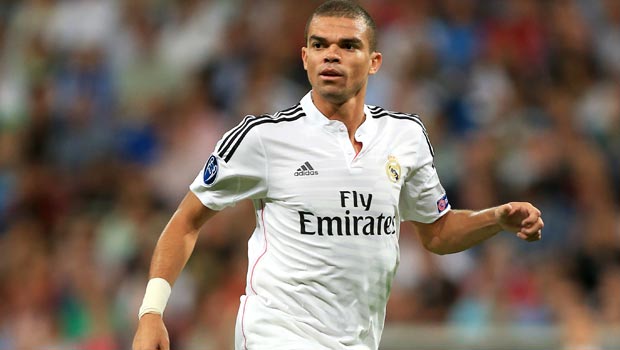 Real Madrid will be without defender Pepe and midfielder Sami Khedira for their Champions League trip to FC Basel on Wednesday.

The defending champions are already safely through to the knockout stages with two games to spare and they need just one point in their remaining fixtures to guarantee top spot in Group B.

Basel are second in the table and a win for Madrid on Wednesday could allow either Liverpool or Ludogorets to seize the initiative in the battle for qualification to the next round, but Real will be without Pepe and Khedira due to unspecified muscle problems.

Midfielder Asier Illarramendi does return for Real after he missed the comfortable 4-0 win over Eibar at the weekend, and he could replace either Isco or Toni Kroos as boss Carlo Ancelotti is expected to make changes to his side to cope with a hectic schedule.

Youngsters Alvaro Medran and Lucas Torro have been included in the squad to travel to Switzerland, with Real confirming Pepe and Khedira would not be involved in a statement on Monday.

“Real Madrid are now focused on the Champions League. After the win in Ipurua, the Whites got preparations underway for their matchday five Group Stage clash against Basel underway,” the statement said.

“The biggest news was the return of Asier Illarramendi, who joined up with the rest of the players on the training pitch. For a session in which ball work took centre stage, Ancelotti once again called on youth academy player Alvaro Medran. Khedira and Pepe worked in the indoor facilities, whilst [Luka] Modric’s recovery process continues.”

Real are 1.38 to beat Basel and a draw is available at 4.96, while the Swiss outfit are 6.96 to condemn the Spanish giants to a first European defeat of the season.