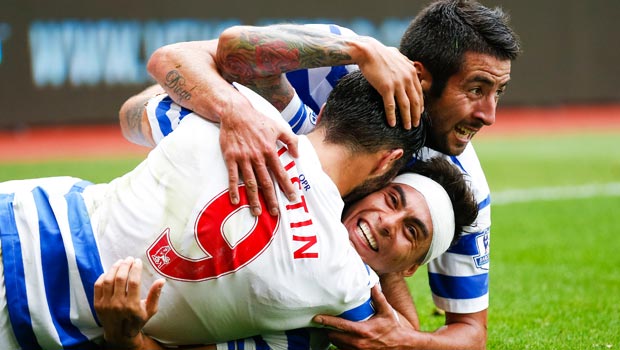 QPR defender Richard Dunne feels his side should sign on loan duo Mauricio Isla and Eduardo Vargas on permanent deals.

Isla joined the Loftus Road side on loan for the season from Italian champions Juventus, while Vargas arrived on a similar deal from fellow Serie A side Napoli.

The two Chile internationals have impressed for the Hoops this season and Dunne believes QPR should make every effort to sign the pair on a permanent basis at the end of the season, if not before.

“It was difficult with the language, but it was part of settling in,”
Dunne told Get West London. “I believe (coach) Joe Jordan was doing a lot of the communicating for them in Italian bearing in mind his Italian connections.

“But of course, they picked up key words straight away. They’re two little live wires: both are exciting, so if the club can get hold of them on a permanent basis, it would be great.”

QPR have the option to take the pair on permanent deals at the end of the season, although neither player is likely to join if the London outfit fail to avoid relegation.

QPR paid a loan fee of nearly £1million to land Isla and it would take a further £8million to sign him permanently, with a similar sum needed to snare Vargas.

The Chilean pair both missed the defeat to Newcastle last time out, Isla was unavailable following international commitments and Vargas missed out as his wife went into labour but both are expected to return when fellow strugglers Leicester visit this weekend.