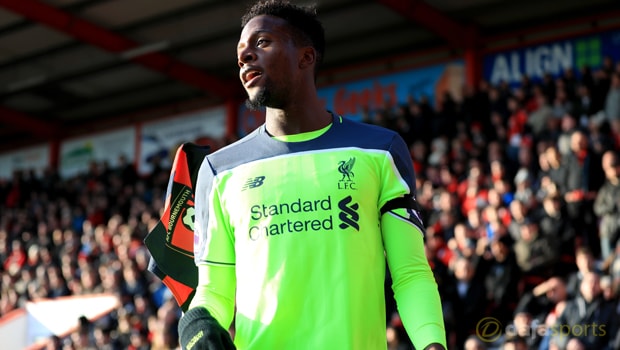 Divock Origi has revealed that he turned down the advances of Manchester United and Bayern Munich before agreeing to join Liverpool.

The 21-year-old joined the Reds from Lille in 2014 but was loaned back to the French club to further his development.

The Belgium international linked up with the Liverpool squad for the 2015-16 season and has since netted seven times in 27 appearances.

However, Origi has revealed that it could have been so different as he had the opportunity to move elsewhere before Liverpool, who are priced at 5.50 to win the Premier League, came knocking.

The forward started his career in the youth ranks of Genk in his homeland before heading to Lille in 2010, and he has revealed that Manchester United and Bayern Munich were keen.

Origi said: “I started with the national team at Under-16s. It was a very good year for me, a lot of scouts were coming to my dad.

I heard Manchester United wanted to sign me, some Italian clubs and German clubs. “I visited Lille’s training centre. I was amazed how good it was.

I saw how Eden Hazard had grown from young player to big player winning the league with them and that was something very nice. They have a very good reputation at developing young players.

“My heart said: ‘go to Lille’. I remember coming home from school, sitting in the kitchen and my dad said: ‘the choice is yours, what do you want to do?’ I decided to go to Lille.

“[In 2014] there were offers from everywhere. Bayern were interested, all these clubs. But I came to Liverpool, I saw the facilities, I took some time out of my vacation to visit Melwood and speak with [then manager] Brendan Rodgers.”