Claude Puel: Saints must move on 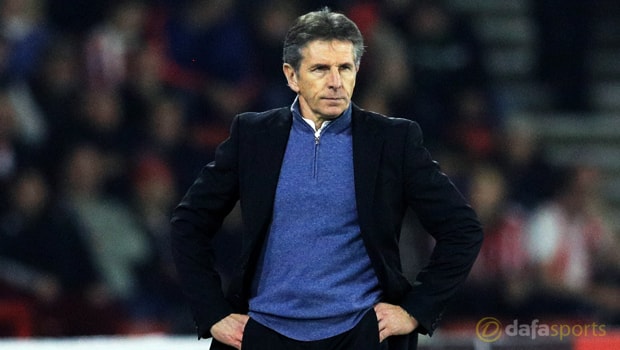 Southampton manager Claude Puel has urged his squad to move on quickly after their Europa League exit as they switch their focus to performing well domestically.

The south coast club were held to a 1-1 draw at home to Hapoel Be’er Sheva on Thursday and subsequently lost their place in Europe for this season.

Puel, who took charge over the summer, is keen to see the club return to Europe next term and has stressed the importance of moving on quickly.

The former Nice boss wants his men to show a good mentality as they aim to try and finish 2016 strongly and provide a good platform to build from in the second half of the season.

Puel said: “Qualification or no qualification, it’s now important to finish the year with good games against all of the teams.

“We need to come back into the first part of the table. The objective for us doesn’t change. “It’s important to show a good mentality and leave behind this disappointment, because it’s finished.”

Saints will host Middlesbrough in the Premier League on Sunday and Puel admits that they will need to be at the top of their game to take all three points.

He added: “I think they are a good team, and they try to play good football with good players like Negredo and Ramírez.

“It’s a good team. I saw this team in their last games and it will be important to have a strong determination against this team.

“They play good football, so it’s important now for us to have good results and a good reaction. I’m sure this will be the case.”

Southampton can be backed at 1.70 to take all three points on Sunday, while Middlesbrough are priced at 6.00 and the draw is available at 3.60.