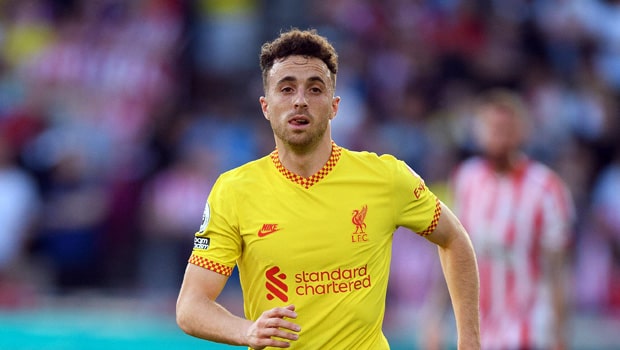 Liverpool has rewarded Portuguese forward Diego Jota with a five-year contract extension on Tuesday. Diogo Jota joined Liverpool from Wolves in 2020 in a deal worth £41M and has gone on to score 34 goals in 85 games.

The Portuguese scored 21 goals in a season that Liverpool won the FA Cup and Carabao Cup double while finishing second in the Premier League and losing finalist in the UEFA Champions League against Real Madrid in Paris in May.

The player had two years left on his current contract before signing the new contract extension, which he believes is a sign of the club’s trust in his abilities since joining in 2020 from Wolves. It’s hard to disagree, especially with the club not only extending his contract but also giving him improved terms.

“It’s obviously from the club’s perspective proof of the belief in myself as a player. Since I arrived two years ago, I established myself as an important player in this team – that’s what I wanted from the beginning.” Jota said.

Furthermore, Jota said that the team is already looking forward to replicating last season’s performance and even doing it better.

Meanwhile, Liverpool manager Jurgen Klopp says that since the 27-cap Portuguese international joined Liverpool, he has given the reds options at the front and also has improved the team.

Unfortunately, Diogo Jota couldn’t feature for Liverpool in the season due to injury problems; he still remains uncertain for Liverpool’s opener in the Premier League against Fulham on Saturday.

Liverpool won the Community Shield on Saturday when they beat Manchester City 3-1 at the King Power stadium, with new signing Darwin Nunez getting on the scoresheet. Nunez joined Liverpool in the summer, but the Reds lost Sadio Mane, who moved to Bayern Munich.

Nevertheless, Mohammed Salah signed a contract extension in the summer, too, with a three-year extension for the Egyptian forward.