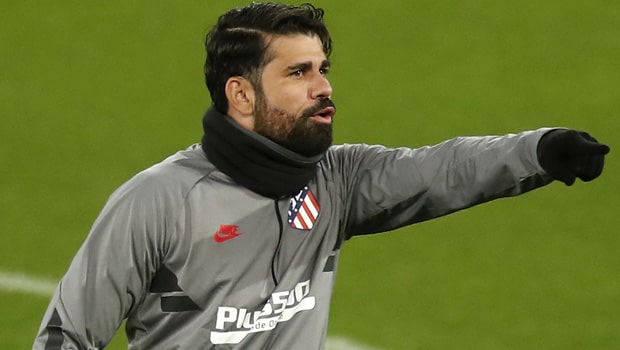 Former Atletico Madrid striker Diego Costa could return to the Premier League after mutually terminating his contract with the Madrid based club side last week.

According to reports, the former Chelsea striker has had bids from Turkey and Brazil since his contract termination, but it is said that he is in no rush.

Costa was with London club Chelsea for three and a half years before returning to Atletico Madrid in 2018, the club from where he had initially moved to the Blues from.

His interest in moving to England has not been reciprocated with enough attention from the English club sides. Only Wolves have been linked with the striker but, it has been limited to rumors.

Last season, Costa scored five goals in 30 appearances for the club and saw his playing time limited this season due to Luis Suarez’s arrival from Barca, Joao Felix’s rich run of form, and a pint of hard luck with injuries.

He only managed seven appearances and two goals in La Liga.

The 32-year-old seems to have been on a downward spiral in terms of his goals return lately but a return to England where he won two Premier League titles and scored 52 goals in 89 between 2014 and 2017.

Arsenal is also linked with a move for Costa after their struggles in front of goal in the Premier League this season, but nothing concrete yet.

Giroud’s contract expires this summer, but he has scored 37 goals in 103 appearances for Chelsea, the club he moved to from Arsenal in 2018.

Meanwhile, Juventus has also indicated an interest in signing Giroud after Manager of the Italian side Andrea Pirlo stated his desire to bring the world cup winner to Italy.