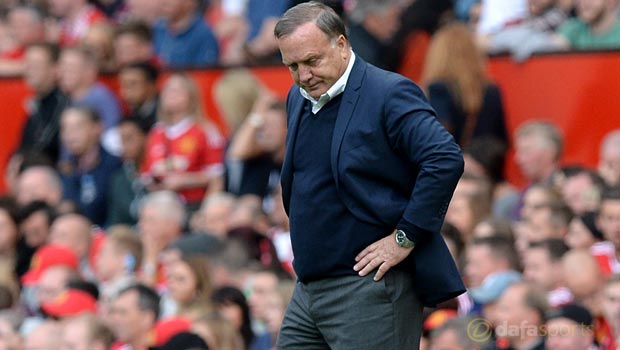 Boss Dick Advocaat looks set to try and change the way Sunderland play while he is also looking for the club’s summer signings to gel with the rest of the squad.

The Black Cats have made another slow start to a Premier League season and have taken just two points from their opening seven games with draws against Swansea and Aston Villa.

The Wearsiders are already four points from safety heading into this weekend’s home clash with West Ham at the Stadium of Light.

And Advocaat has hinted that he could shake things up for the side’s final game before the upcoming international break.

He told the Echo: “(Fabio) Borini and (Jermain) Defoe have struggled as lone strikers, that’s correct. We definitely have to look at a change of formation.

“Now we have to ask do we go on with 4-3-3 or do we have to find another solution? Yes, we have to think about the way we are playing to find a way to be more successful than we have so far.

“If we have an idea about how to do that, you have to change it. The next seven games until the end of November are very important.”

Meanwhile, Advocaat, who performed a U-turn to delay his retirement in order to stay on as Sunderland boss, has said he wants to see more from summer signings Borini, Jeremain Lens, Younes Kaboul, Adam Matthews, Yann M’Vila, Ola Toivonen and DeAndre Yedlin.

He added: “It’s difficult because we brought some new players in and you hope they will do that along with the players left.

“But, at the moment, they don’t seem to be making a difference.”