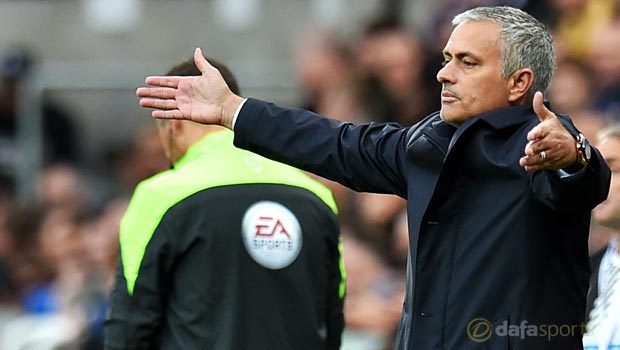 Boss Jose Mourinho insists every Chelsea player’s place is under threat following the side’s poor start to the domestic season.

The Blues are languishing down in 14th place in the Premier League after seven games and have already lost three times, shipping 14 goals in the process.

Last term the champions only lost three matches in the entire league campaign as they cruised home eight points ahead of Manchester City with three games to spare.

It has been a different story this time around, with captain John terry dropped for the last two Premier League matches, although Chelsea did kick off their Champions League challenge with a routine 4-0 home win over Maccabi Tel Aviv a fortnight ago.

Chelsea are back in European action at Porto on Tuesday night and Mourinho has left his players in no doubt just what he expects from them.

Having described eight first-teamers as “untouchable” – including Terry – during his first spell in charge at Stamford Bridge, Mourinho has now insisted that particular status can only be dictated by results.

“Football is about today. At this moment I don’t have untouchables,” said Mourinho. “In this moment we have fantastic players, the players that gave us the title last season.

“But football is not about yesterday. In football you have to be consistent in your performance, in your emotion.

Chelsea are 3.20 to beat one of Mourinho’s former clubs on Tuesday night, with the Portuguese outfit on offer at 2.38 and the draw at 3.25 at the Estadio do Dragao.