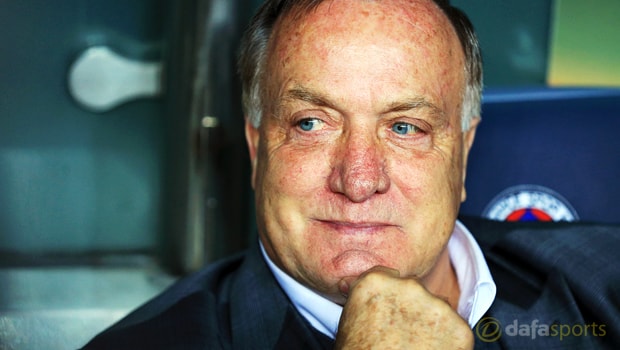 Former Sunderland manager Dick Advocaat believes the club might actually benefit from being relegated out of the Premier League.

The Dutchman, who successfully steered Sunderland clear of the drop during the 2014/15 season, feels the club is in need of a major overhaul and he cites the case of north-east rivals Newcastle as an example of what relegation might entail.

Advocaat walked away from Sunderland after eight games last season and says he had ‘no chance’ of taking the club forward given the level of investment.

Sunderland have won just once in their opening 11 Premier League games this season under David Moyes and are bottom of the table.

While Advocaat paid tribute to the job done by Sam Allardyce last season, he feels relegation might serve the club well in the longer term.

“Maybe it’s better to go down, to build a new team like Newcastle who have a great club, a great fan-base and a great stadium just like Sunderland,” Advocaat told the Mirror.

“Sunderland simply cannot go on this way because other clubs invest in the team, they spend money on good players and, if you don’t do it, you are in trouble because there’s too much quality elsewhere in the Premier League to expect to survive every year.”

The club have become perennial relegation beaters in recent times but Advocaat doesn’t believe that can be sustained without proper investment.

Eventually, he feels the Black Cats luck will run out. “I had no chance, I had that feeling. OK, Sam Allardyce came in after me and he did a great job.

But it went down to the wire, to the last two games of the season,” he said. “You can’t do that every season, it’s just not possible – because, sooner or later, your luck is going to run out.”

Sunderland are 1.40 to be relegated this season while they are 2.15 to win their next game at home to Hull City.