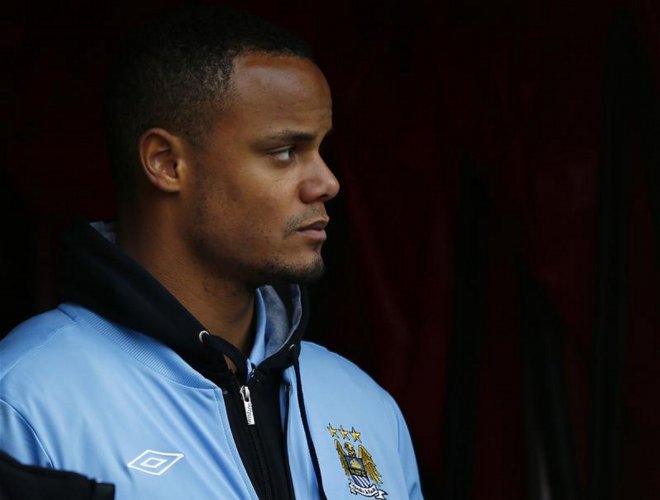 Vincent Kompany has conceded Manchester City’s chase for Premier League title this season and is focused to return to top next year.

The skipper told his teammates that they should finish this campaign on a high note despite missing out on the biggest domestic title.

City currently trail rivals Manchester United by 15 points, but have a chance to win silverware as they face Chelsea in the FA Cup semifinals on April 14.

“I feel there is still a lot to look forward to, and whichever way we finish this season might set us up for the next one,” he told The Manchester Evening News.

“I always remember the way we finished the season when we won the FA Cup. We finished on equal points with Chelsea, which was a massive boost for us, we secured a place in the Champions League and won the FA Cup.

“The year after that we went on to win the title. The end of one season has an impact on how you start the next one.”

The Belgian has been out for two months after a calf injury kept him sidelined.

He went on to admit the difficulty he felt to watch his teammates fall behind in the league, and expressed his frustration for unable to helping them out.

“It is very difficult to watch. I am more nervous when I don’t play than when I do,” Kompany said.

“But it is always important as a group for everyone to take responsibility. Everybody is able to do something, even when you are not playing, but collectively it is disappointing.”