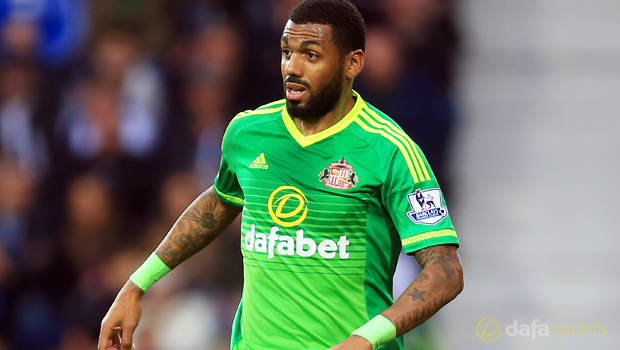 DeAndre Yedlin admits he is loving life at Sunderland and is desperate to play his part in keeping the club in the Premier League.

The 22-year-old is on a season-long loan from Tottenham after penning a four-year deal at White Hart Lane in the summer of 2014.

The USA international has made four top-flight appearances to date and was part of the side that beat Newcastle United 3-0 in the north-east derby.

That was the Black Cats only success of the season, however, and they sit 19th in the standings, with only six points from 11 games played.

It is a situation that needs to change if the Wearsiders are to remain in England’s top division although they now have a manager in Sam Allardyce who is a master at galvanising a group of players to make them hard to beat.

And Yedlin confessed that securing their Premier League status is top of the list of priorities for everyone involved with the club.

“That’s something we all take note of,” he said. “None of us want to go down into the Championship. We’re going to do our best to stay up.”

And the former Seattle Sounders defender confessed that he is now acutely aware of just what English football is all about after experiencing a Wear-Tyne derby.

“I’ve seen what the clubs means, definitely. You see the passion of all the fans and just how much they care about the team,” he added.

“The best example of this was against Newcastle. I’ve never been in a derby like that. It was an unbelievable atmosphere and unbelievable to see.”

Sunderland’s next task will be to try and secure their second Premier League victory when they welcome Southampton to the Stadium of Light on Saturday, with the hosts on offer at 4.75 to win and Saints priced at 1.75.