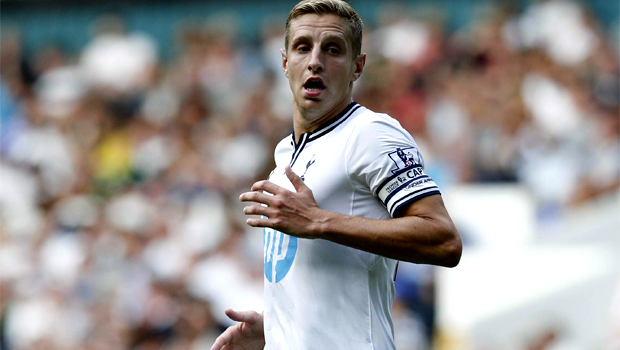 Michael Dawson admits that Tottenham cannot afford another slow start to the season if they are to have any chance of finishing in top four of Premier League table.

Despite holding one of the Champions League places for much of last term, Andre Villas-Boas’ men fell down the table in the final weeks of the campaign, eventually finishing fifth behind bitter rivals Arsenal.

There are still questions to answer though as, with Gareth Bale’s future still in doubt, it is still unclear how strong the Lilywhites will be when the transfer window closes on September 2.

Spurs will be without the Welsh winger for Sunday’s Premier League opener against Crystal Palace and it will give Villas-Boas the chance to show how his side may look to adapt should they lose their talisman over the next few weeks.

However, the White Hart Lane outfit have made a habit of making slow starts to the season over the last few campaigns and Dawson has warned his team-mates that they will have to be at their best from the off if they are to finish in those all important top four places.

“We didn’t get off to a flyer last season like we wanted to,” he told Spurs TV Online. “We showed strength, commitment and spirit to fight back, but if we had started better then who knows where it would have taken us”

“Hopefully this year we can get off to a flyer. Hopefully it will be the start of a great year that has more ups than downs.”