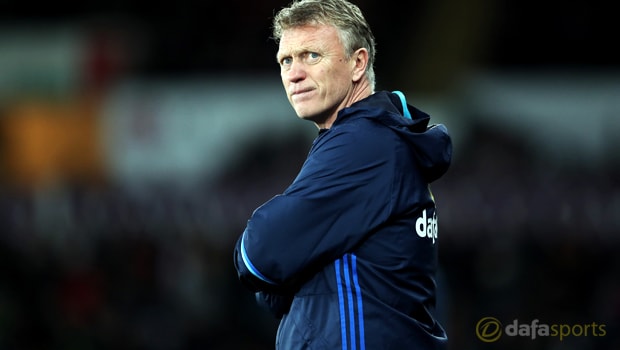 David Moyes has backed his Sunderland squad to avoid the Premier League trap door despite currently sitting bottom of the table.

Following Saturday’s nightmare 3-0 defeat at relegation rivals Swansea, the Black Cats became the latest victims of leaders Chelsea on Wednesday as Cesc Fabregas’ first-half strike made the difference at the Stadium of Light.

It means the Wearsiders, who are 1.44 to go down, will need every point possible during the busy festive period.

However, their survival hopes have been hit by chief executive Martin Bain’s admission that they are unlikely to have the necessary funds available to significantly improve the squad in January.

Although he may not be able to bring too many new faces to the club in the upcoming window, what Moyes does have at his disposal is a team packed with players accustomed to successfully battling relegation.

The Scot is now looking to harness that experience by making his side even tougher to beat and believes that if they produce more performances like Wednesday’s, they will have a good chance of survival.

“The job is to work with the tools we have got,” Moyes said. “We have got the squad, they have been here before and done it before so we get this squad to win the games.

“If they keep performing like they did tonight – in some aspects, not all – it will give us a chance.