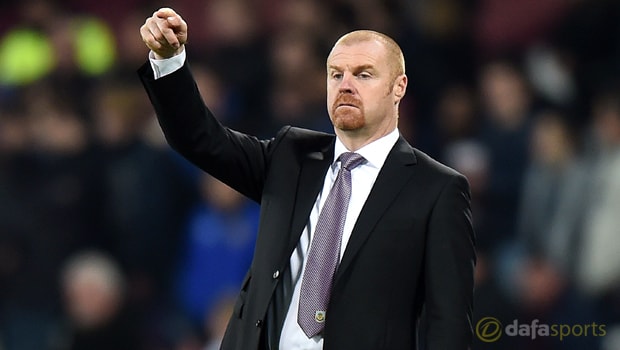 Burnley boss Sean Dyche has vowed to ensure his side continue to work hard in their fight against the drop following another frustrating night on Wednesday.

The Clarets’ away day blues continued as they went down 1-0 at West Ham after Mark Noble successfully converted the rebound having seen his penalty on the stroke of half time saved by Tom Heaton.

Dyche was less than impressed by referee Robert Madley’s decision to award the spot kick, complaining that Heaton had been fouled in the build-up but the fact remains that his side have still only picked up just a single point on their travels this season.

Things could have been different at the London Stadium had Sam Vokes been a bit more clinical but Burnley do not have time to dwell, with a tricky trip to Tottenham next on the agenda.

That game is followed by potentially crucial outings against relegation rivals Middlesbrough and Sunderland, both of which are due to be played at Turf Moor.

Dyche was understandably disappointed about Wednesday’s result at the London Stadium but says his side will keep their heads held high and take the positives from their latest defeat.

“We created three golden chances and I think everyone in the stadium is scratching their heads that we didn’t take one.

But we keep working hard and that was a good response in the second half.” Burnley, who are 1.83 to be relegated, are priced at 13.00 to win at White Hart Lane on Sunday, while the draw is 6.00 and Spurs the 1.20 favourites.