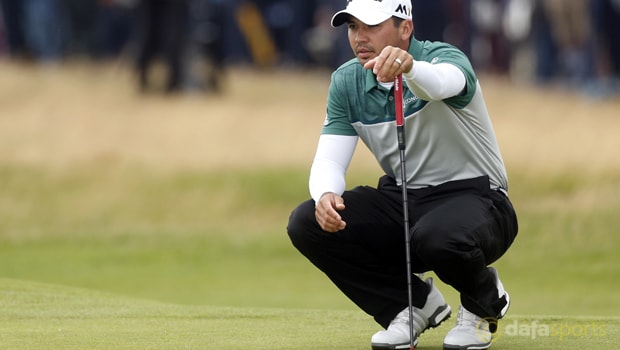 Jason Day says he is hopeful Tiger Woods will be able to return to form as he wants to test himself against the man he believes is the greatest player ever.

The American has been plagued by injuries in recent years but after a number of delayed comebacks, recently made his first competitive appearance since August 2015 when he teed it up at his own tournament, the Hero World Challenge.

Woods showed flashes of brilliance in the Bahamas and has spoken optimistically about his chances of enjoying a fuller schedule in 2017.

However, it is now more than eight years since he won his 14th major title and time seems to be running out on his hopes of equalling Jack Nicklaus’ record of 18 victories in the sport’s four most iconic events.

Day is currently the man who occupies the 40-year-old’s previous spot atop the world rankings and like many of the game’s current stars, grew up idolising the American.

The pair have a close relationship away from the course, with the Australian often receiving advice from his hero.

With Woods set for more time on the course in 2017, Day is hopeful he can rediscover his form, as he wants to test himself against the man who dominated the sport for so long.

He told USA Today: “In a selfish way, I want him to come back. I want to try and beat him at his best.

It would be great to see him have one last shot at trying to break Jack’s record. “I’m just trying to support him, making him feel young, as he tells me.

I did talk with him after last week, and he seemed very positive.” Day is currently 9.50 to win the 2017 Masters, while despite his injury woes, Woods is still priced at 21.00.