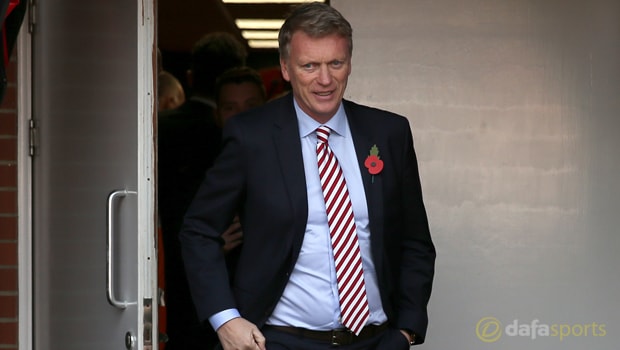 Getting their first league win of the season at Bournemouth has lifted a monkey off Sunderland’s back, according to boss David Moyes.

The Scot says his players have taken genuine encouragement from that victory and he is now confident they can build on it to achieve more wins.

Moyes admits the visit of Hull City to the Stadium of Light presents a real ‘six-pointer’ but he fully expects Sunderland to rise to the occasion.

According to Moyes, the Black Cats’ victory over Bournemouth was not as much of a surprise as some might have suggested.

“I feel it’s a monkey off our backs. We’ve had a good couple of weeks but the result was coming,” said Moyes.

“We’ve been close along the line and it feels good to win again and I’m looking forward to it happening more often.”

Sunderland could move off the bottom of the table should they take something from the game against Hull.

Victory would see the home side move within two points of the third-from-bottom Tigers.

Moyes was impressed with Hull as they also gained three points against Southampton before the international break and he is expecting a scrap.

“They had a difficult pre-season starting with Steve [Bruce] leaving and Mick [Phelan] taking over. I watched them last time as well and they picked up a really important three points,” he added.

“It’s a six-pointer. They started the season very well, surprisingly. But sometimes in adversity that works for you.”

Moyes is still missing the likes of Fabio Borini, Lee Cattermole, Jack Rodwell and Jan Kirchhoff for the Hull clash but he could call upon Adnan Januzaj and Seb Larsson if required.