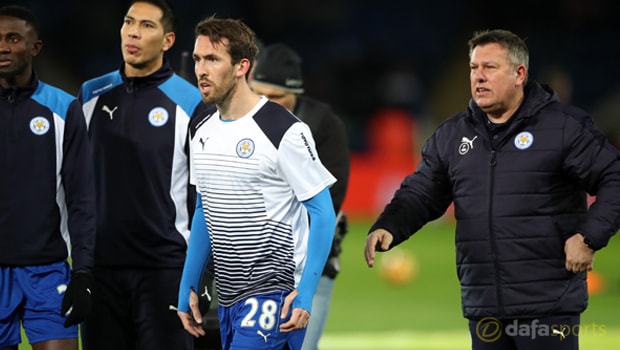 Right-back Danny Simpson has provided his support for Leicester City caretaker boss Craig Shakespeare to be given the job on a permanent basis.

Leicester sensationally sacked Claudio Ranieri last week, just nine months after guiding the club to the Premier League title, and the search for a replacement is currently ongoing.

While the owners eye up potential targets, assistant Shakespeare has been handed the job on a temporary basis and he started off in magnificent fashion on Monday.

The Foxes clinched an impresssive 3-1 victory against Liverpool at the King Power Stadium and the defending champions have now climbed to 15th in the table, two points above the relegation zone.

Several names have been linked to the vacant position with former England manager Roy Hodgson reportedly keen on speaking to the owners about taking charge.

However, Simpson, who has made 24 Premier League appearances this season, has thrown his weight behind the current interim boss being appointed on a full-time basis.

“I can’t see why not, but it’s the chairman’s decision,” he said.

“It’s up to him and he owns the club, he is passionate about the club. Those decisions are nothing to do with us but, for me, he [Shakespeare] has been really good.”

Leicester, who are 4.50 to be relegated, face a crucial relegation clash on Saturday when they welcome Hull City, who are 19th, to the King Power.

The hosts are 1.83 favourites, a draw is priced at 3.60 while the visitors, who have picked up since the appointment of Marco Silva, are the 4.33 outsiders in the match odds.

The Foxes have lost the last two meetings against Hull with the most recent encounter back in August ending in a 2-1 victory for the Tigers.