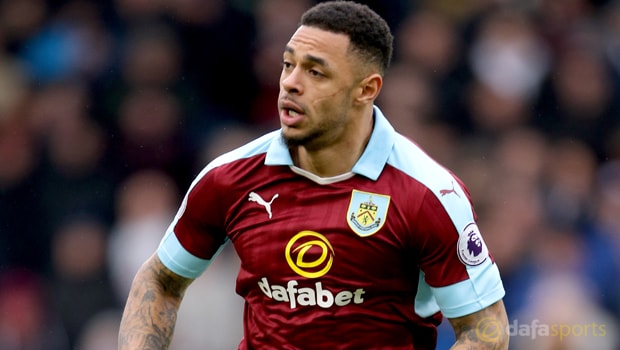 Andre Gray has warned Burnley against complacency for the remainder of the season with the striker insisting that the club are still involved in a Premier League relegation battle.

Burnley have enjoyed a positive season so far and the club are currently sitting 11th in the Premier League, a comfortable nine points above the bottom three.

Home form has been key for the Clarets and, of the 31 points they have amassed in total, only two of those have come away from Turf Moor – the 0-0 draw at Manchester United and the recent 1-1 draw at Hull City.

Sean Dyche’s men are facing a crucial part of their campaign this month with three consecutive away games scheduled against Swansea City, Liverpool and Sunderland.

Both the Swans and the Black Cats, who are 16th and 20th respectively, are fighting for their lives and they will be hopeful of picking up something when taking on Burnley.

Gray, who has scored six goals from 20 Premier League appearances, has been pleased with the team performances this term but insists the players must keep on fighting for points.

He said: “We know that there’s a lot of work to do, it’s not over yet, we know that we’re still in that relegation battle so we’ve got to keep our heads down, keep working hard and hopefully it’ll go our way.”

Burnley lost 1-0 to Swansea in the reverse fixture and the Lancashire side will be looking to gain revenge for that narrow defeat at the Liberty Stadium on Saturday.

The hosts, who have looked good since the appointment of manager Paul Clement, are 2.00 favourites to pick up the win, a draw is priced at 3.40 while the visitors are the 3.80 outsiders.