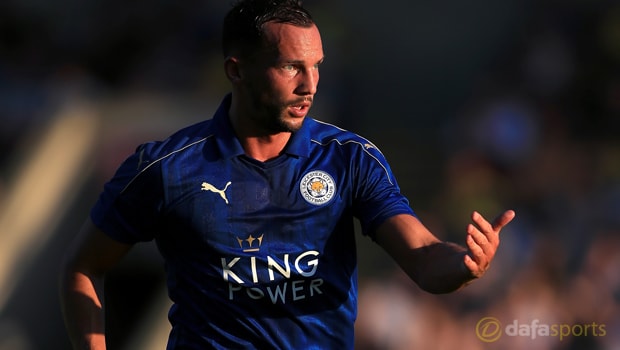 Leicester midfielder Danny Drinkwater has admitted the squad didn’t expect to be challenging for the title again this term and insists they are hitting new targets.

The Foxes Premier League triumph last season was a massive shock and their performances this term have been well below the standards set in 2015-16.

Leicester currently sit 15th in the Premier League and just five points outside of the bottom three, having won just five of their first 21 league matches.

However, they have been difficult to beat in the Champions League and qualified for the last-16 as group winners.

Claudio Ranieri’’s men will face Sevilla in the first knockout round as they bid to continue on their European adventure.

Drinkwater says the squad knew it would be difficult to match last season’s form but insists they are trying to focus on the positives.

He said: “We knew what we achieved was unbelievable and something that that probably won’t happen again.

“We weren’t going to try to match it but we needed to set a new target and hopefully reach it – and the target is still there to reach.

“We got through in the Champions League and, [with] where are we in the table, if we put a few wins together it looks a lot different. We are still looking at the positives.

“Come the end of the season, if we are in the top half and we’ve got through to the quarter finals of the Champions League, for a team like Leicester City, I can’t see many people complaining.”

Leicester can be backed at 4.33 to pick up a rare league victory on Sunday when they travel to Southampton, who are priced at 1.85, while the draw is available at 3.30.