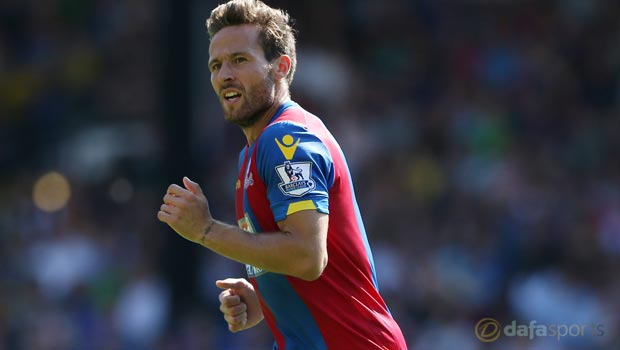 Yohan Cabaye has lifted the lid on his failed stint at Paris Saint-Germain and revealed he is glad to be playing under Alan Pardew once again.

The Frenchman moved to Crystal Palace this summer after his dream move to PSG had run off course.

Cabaye has revealed that, despite speculation suggesting Arsenal had been interested in his services, none of the Premier League big names had been in for his signature this summer.

“No one from the big clubs came forward, but it’s not a default choice, far from it,” he told the London Evening Standard.

“I have been reunited with my former coach and I was not heading into the unknown. I feel really good.”

Cabaye is off to a decent start at Selhurst Park, scoring in the win away at Norwich on the opening afternoon of the season while he also helped them overcome Aston Villa on Saturday.

In contrast, his time in Paris was much less satisfactory. He made only 22 starts in the league and scored once. He says he felt uneasy from the word go after his £18m move from Newcastle.

He added: “It’s hard when you know you’re in a team where you’re going to try things and, in the end, when you try them, sometimes you pull them off and sometimes not.

“I know that when I arrived, perhaps there were certain players that didn’t want me to come. As soon as there was a ball lost, an interception missed or not the right pass, people would shout, would look at you strangely.”

Palace face another stern test this weekend when they cross London to face champions Chelsea.