Crystal Palace boss Sam Allardyce happy to get back to basics 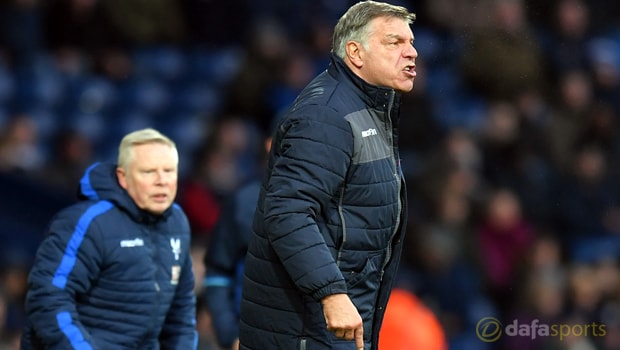 Crystal Palace boss Sam Allardyce was delighted with his team’s performance as they returned to basics to beat West Bromwich Albion 2-0 on Saturday.

The Eagles, 3.00 to be relegated, have won three of their last five league matches in the Premier League to give themselves a fighting chance of avoiding relegation.

Victories over Bournemouth and Middlesbrough had given Allardyce’s men confidence and they showed that on Saturday at the Hawthorns.

Goals from Andros Townsend and Wilfried Zaha proved the difference as Palace moved three points clear of the relegation zone.

Allardyce, has performed heroics in the past at Blackburn Rovers and Sunderland and he believes a simpler approach is the best way going forward.

The former England coach also believes the club’s new signings have finally gelled as he now plans to climb the Premier League table.

He told reporters: “I’ve seen what has been happening to Palace, like I saw at Sunderland and Blackburn, I said to the lads, look, this is how you stop it.

“If you apply yourselves in these areas the right way; the basics of the game, getting your position and passes and runs right, understanding where the space is, and being resilient.

“Those basics have to be worked on constantly to remind the players to get these right when you go on the field.

“I also said that the new players would make a difference, and that’s certainly the case.

[Mamadou] Sakho, Luka [Milivojevic], [Patrick] Van Aanholt, [Jeffrey] Schlupp when he came on, they have told the rest of the lad that this squad has more quality, and that quality is starting to pay off.”