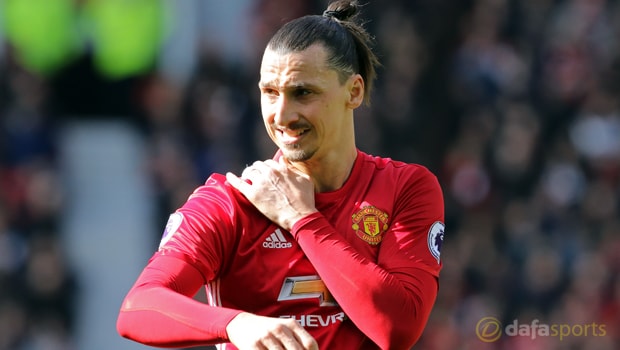 Manchester United striker Zlatan Ibrahimovic was left disappointed with his display in the 1-1 draw with Bournemouth but he has already turned his attention to their clash with FC Rostov.

The former Sweden international was at the centre of the controversy as the Red Devils were held at Old Trafford on Saturday afternoon.

Jose Mourinho’s men opened the scoring through Marcos Rojo but a penalty from Josh King ultimately gave the Cherries a share of the points.

However, Ibrahimovic was lucky to be on the field of play following two clashes with defender Tyrone Mings.

Having earlier been thrown to the floor by the United striker, Mings appeared to stamp on Ibrahimovic’s head before the former Paris Saint-Germain ace responded by elbowing him during a corner.

Ibrahimovic then missed a penalty in the 72nd minute but has put those incidents behind him and is already focused on the next match.

United will take on Rostov in the Europa League on Thursday night and Ibrahimovic will be looking for a strong performance.

He told MUTV: “We are very disappointed. We should have won. I take the blame. I missed the penalty. I had a lot of chances and should have scored.

“I didn’t and I take fully the responsibility and I will rise from this and come back even stronger and continue. This is nothing unusual, it has happened before and it can happen again.

“We’ll keep working, keep going and keep our heads up. I mean if you create so many chances, you should score. You expect to score, you want to score.

We missed a lot of opportunities today and I should have scored. “We learn from every game.We played today and we learned something.