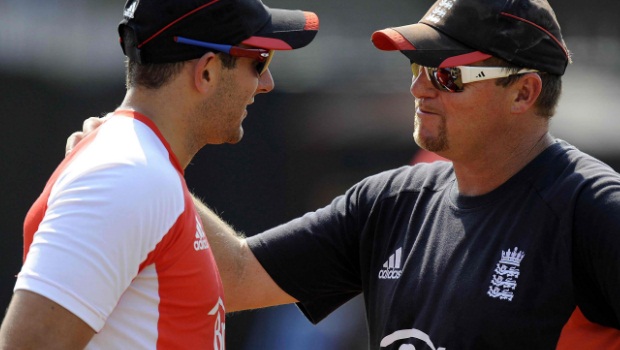 England bowling coach David Saker is hoping for a continual period of success after signing a new contract to keep him in the job until 2015.

The new deal was announced as England arrived Down Under for the start of their Ashes tour and will give the tourists a confidence boost, as the players now know that the man who helped them reach top spot in the world rankings will be around for some time yet.

The Australian replaced Ottis Gibson as bowling coach in 2010 and had an immediate impact on the bowlers as they retained the Ashes in Australia before beating India 4-0 to move to the top of the standings.

Bowlers of the calibre of James Anderson, Stuart Broad and Steve Finn have all worked with and praised the 47-year-old, who has now extended his current deal by one more year.

England’s recent success has been mainly down to the bowlers, with many of the top-six batsmen misfiring, and there were several times in last summer’s 3-0 Ashes success that the attack bailed out the hosts.

And ECB managing director Hugh Morris felt it was vital to secure the services of the tactician, with a number of other parties interested in his talents.

“His contribution has been such that we are aware that other countries would dearly have loved David to be a part of their management group and that is why this announcement is so important,” he said.

Saker’s first job in Australia will be to make sure that his bowlers adapt to the conditions, with extra pace and bounce expected in every Test surface.

And the Melbourne-born coach is well up for the challenge of guiding his charges to further success Down Under.

“Given the calibre of players in and around the side at the moment and the hunger and commitment from all involved I am very much looking forward to another very exciting period over the next couple of years starting with the immediate challenge of retaining the Ashes,” he said.