Posted by Akinnifesi Olumide on October 11, 2022 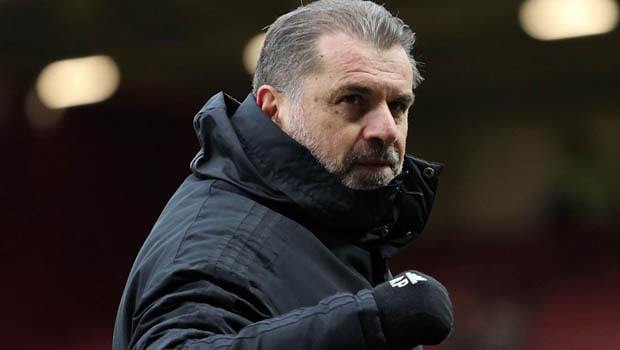 Ahead of tonight’s clash with German side RB Leipzig, Celtic manager Ange Postecoglou has remained unsure if Jota will be available to make the matchday squad.

The Portuguese winger was absent at the club’s training center in Lennoxtown on Monday afternoon, casting more doubt ahead of the game as they welcome RB Leipzig to Celtic Park.

With the injury list piling up and the likes of Carl Starfelt and Callum McGregor still out spending more time in the treatment room, at least for the few weeks ahead, it will be a big blow for Jota to join the list of absentees.

Jota, 23, was subbed off in the Hoops’ 2-1 win over St. Johnstone during the weekend as Dazien Maeda came on for the visitors. Postecoglou has, however, justified his reasons for the substitution, saying it was to prevent him from being “tired.”

In spite of this uncertainty of the player’s availability at this crucial time, Postecoglou has failed to admit his absence and hinted that decisions will be made before kickoff.

“We’re in no rush to bring any player back as the decision lies between the player and the medical staff if he will be available for tonight’s game.”
“If we are given the green light to play him, and he’s comfortable, we allow him, and if not, we give him more rest,” he said.

The ex-Benfica player remains an integral part of Postecogolou’s squad, with Celtic hopes to rely on him to make a difference in the Leipzig game.

The Scottish Champions will be aiming to get their first win in his year’s UEFA Champions League campaign after a loss to Real Madrid and Leipzig last week with just a point to their name in the 1-1 draw with Shakthar Donetsk.

The return fixture against Marco Rose’s side is a game they must look to win if they’re to get a slim hope of at least a second-place finish in tonight’s encounter.