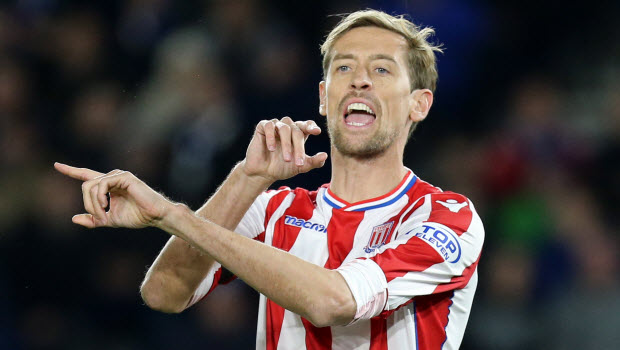 Veteran striker Peter Crouch has signed a one-year contract extension with Stoke that will see him remain with the Premier League club until the summer of 2019.

The former England international is one of the longest-serving players at the bet365 Stadium, having originally joined the club in the summer of 2011, while he is also the oldest member of Mark Hughes’ squad, as he will turn 37 in January.

Crouch has scored 58 goals during his time with the Potters, including 43 in the Premier League, although he is yet to start in the top flight this season.

Despite his lack of action, Crouch has still managed to net three times from the bench, and Hughes believes the experienced forward still has a lot to offer at the highest level.

“Peter has been with Stoke longer than he has been with any other club which I think speaks volumes for how he views us and how we view him,” Hughes told the club website.

“He still has so much to offer us. He may be 36 but he continues to have a major impact on games, as he has proved on numerous occasions this season.”

Stoke chief executive Tony Scholes is also delighted to see Crouch extend his stay with the club and he believes all parties will benefit from the new deal.

Scholes said: “The discussions with Peter and his representatives were very straightforward; Peter is happy here and made no secret of his desire to stay with the Club.

We’re delighted with the news.” Crouch will be hoping to celebrate his new contract by featuring when Stoke play host to one of his former clubs, Liverpool, in the league on Wednesday.

The Potters are priced at 6.00 to secure all three points from the match, while Liverpool are available at 1.53 and the draw is on offer at 4.33.