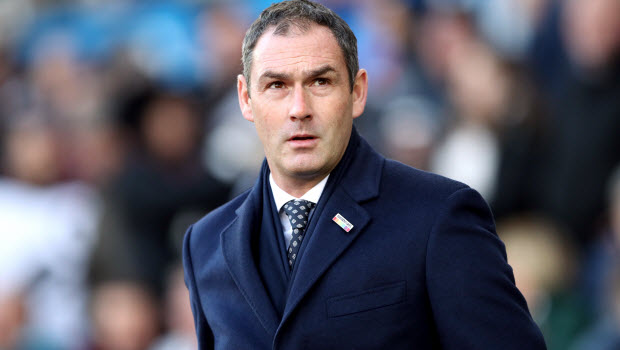 Paul Clement admits confidence is low in his Swansea squad following a run of six games without a win in all competitions.

The Swans have not recorded a victory since their 2-0 home success against Huddersfield in the middle of October, one of only two Premier League wins they have achieved so far this term.

Indeed Saturday’s goalless draw with Bournemouth is the only point the Welsh club have picked up from their last five top flight games and Clement admits confidence is low amongst his players.

“It’s been no secret that the team has been down on confidence,” said Clement. “The players always go out with the intention to do their best, but confidence and poor form can have such a big effect on the way a team plays.”

Scoring goals has also been a problem for Swansea this term, as their tally of seven is the lowest in the Premier League, while they have failed to find the back of the net in each of their last three matches.

Clement believes their failure in front of goal is nothing new, but they have lost the clinical edge which helped mask their lack of creativity last term.

“I will go back to last season and say that we were never a team that were prolific in terms of creating chances,” he added.

“What we did then, which probably masked the issues we’ve got now, is that we were very clinical.

Things don’t get any easier for Swansea, as they are next in action on Wednesday when they travel to Stamford Bridge to take on reigning champions Chelsea.

The Swans are priced at 15.00 to register what would be a surprise victory in west London, while Chelsea are available at 1.20 and the draw is on offer at 7.00.