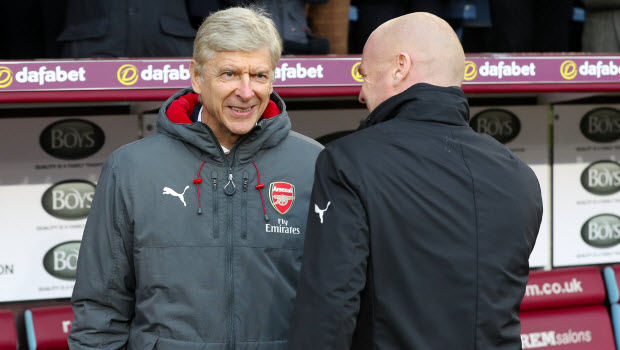 Arsenal boss Arsene Wenger has no intention of selling Alexis Sanchez or Mesut Ozil during the January transfer window and also hopes both players sign new contracts beyond the end of the season.

Chile international Sanchez and German ace Ozil have played an integral role for the Gunners over recent seasons, but both men are out of contract at the end of the campaign and have previously been linked with moves away from north London.

Speculation has recently suggested the Gunners could look to cash in on the high-profile duo during the January transfer window rather than risk losing them on a free next summer, but Wenger remains confident the duo will see out the season.

Asked on Tuesday if the pair would still be Arsenal players on February 1, 2018, Wenger said:

“Yes, of course. That is what we said many times. “In my head, they stay until the end of the season.

That was the decision taken at the start of the season – unless something unbelievable happens, I don’t think it should change.”

Wenger also remains hopeful that both players will still be at the Emirates Stadium next season although he admits it is too early to tell whether or not that will prove to be the case.

“They are going into the final year of their contract,” Wenger added. “Will they stay longer? That is impossible to answer today, but they have a contract until the end of the season.”

Arsenal are next in action when they host Huddersfield in the Premier League on Wednesday night.

The Gunners have won all their top-flight matches on home soil to date this term and they are priced at 1.22 to continue that run against the Terriers, who are available at 13.00, while the draw is on offer at 6.50.